People are getting very excited after Netflix introduces their ’teachers’

When you’re in school, it can be challenging to choose your classes. Netflix made it even harder somehow…

1. Netflix used some of their biggest and most handsome stars to put together quite a curriculum.

what class you taking? pic.twitter.com/76NwbmOhct

2. Nyasha makes the happiest strut to the principal’s office.

Going to see the principal pic.twitter.com/T3qZiBL2Vz

3. It’s always good to prepare for your classes.

mr. goldbum will see you now for that attitude, ira.

5. Tony is an ambitious student.

Is all an option? I like a heavy schedule.

7. Another chemistry kid showing off.

we get it, youre in AP chem

9. Nick’s idea would save the school a lot of money.

I uh…I went and fixed this for you: pic.twitter.com/g1C2CquLvH

10. And finally, Caz found a loophole.

I’m going to take them all & misbehave so badly I get sent to the Principal’s office… pic.twitter.com/qCKhaPcFyi 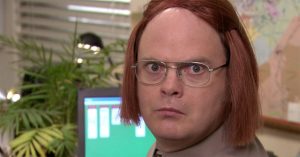