Our older generations aren’t know for their savvy use of social media. When they do give it a shot, it often has adorable and hilarious consequences. There are exceptions, though. Take former congressman John Dingell. He is a respectable 91-years old, but don’t let that fool you: his burns are as savage as they come…

1. You may not expect it from his use of language, but John Dingell is actually 91 years of age.

In my day, the word “Awesome" was reserved for things like curing Polio and walking on the Moon, not for food or TV shows.

2. He’s not a fan of sports fan Mitt Romney.

Can’t wait to see Sports Fan Mitt Romney wearing a damn Traverse City Beach Bums jersey when he moves here in 2025 to run for Auditor General or something. pic.twitter.com/QAGJ7wBUot

3. He just feels it whenever Trump hits the golf course.

The greens must be tricky today. https://t.co/V4mP8FDd0L

4. For those of you thinking he doesn’t write his own tweets…

Everyone thinks i dont write my own tweets but i wrote this one.

James Comey is a proven LEAKER & LIAR. Virtually everyone in Washington thought he should be fired for the terrible job he did-until he was, in fact, fired. He leaked CLASSIFIED information, for which he should be prosecuted. He lied to Congress under OATH. He is a weak and…..

6. Eric Trump is an easy target, but that doesn’t make it less funny.

Always fun being a #jeopardy question. 🛎: Who is “brother in law.” 🇺🇸🤛 pic.twitter.com/nBEiI8VZmK

7. Think about it for one more second, Chris.

This is something I have never understood. The special counsel is the one person in the country who can truly exonerate Trump. Why undermine him if you truly believe you are innocent? https://t.co/qpmNtvzuH2

Who wants to tell him? https://t.co/qFIyIlAKWV

Trump: “We should have a new force called the Space Force. It’s like the Army and the Navy, but for space, because we’re spending a lot of money on space.” pic.twitter.com/p7YVX6gecz

What effect does gravity have on bone spurs? Asking for a friend. https://t.co/427d4RALlB

Texas is now bracing for a second natural disaster. https://t.co/kh5jECPDVP

I fully support @realDonaldTrump’s interest in space travel to Mars, and I wish him the absolute best in his travels.

I'm damn near 100 years old and it appears I have a better memory than our Attorney General. That ain't right. https://t.co/zaq3JgRqOD

So sorry your crime spree was interrupted. https://t.co/NLdfwKBShl 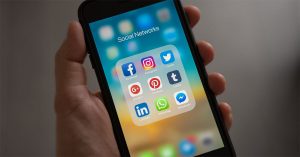 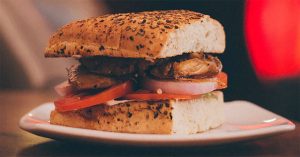 Steak-Umm challenges Wendy’s on their Roa...