10 times Tesco Mobile had the perfect comeback on Twitter

Tesco Mobile is one of those companies that doesn’t hold back on social media. If you come at them, they will hit you back with everything they’ve got. Here’s a couple of people who need some aloe vera to deal with their burns…

That's okay, we don't want you either 😚

Only about 4.7 million people, about the same odds as you getting a date this weekend 👍

3. They’ll hit you where it hurts.

"If you're on Tesco mobile I don't rate you"

Guess that explains why you only have 6 followers then…

It did not go his way.

"This needs to go viral"

The only viral you'd ever get is a cold 😂

"I was looking at British mobile providers and i found you. Congrats you got found by an american"

Awesome… do we win an award? 🥇 We're willing to cross the pond to collect it.

6. This Twitter user was so proud of her new profile that she had to show it off.

Turns out she’s not being paid to show that Tesco is her provider in the top left corner.

Tesco mobile should pay me for advertising them so well 😤😤😤

Maybe her luck will change a tiny bit now.

To your 1064 followers? We’ll see if there’s any change down the back of the sofa 😆

7. There’s some heartbreak every now and then.

Wait a minute, are you just using us for our data? 😢

8. Though, sometimes they’re the ones who cause it.

9. But don’t think you’re too good for them. It’s probably the other way around.

You realise he's out of your league.

You buy 18 cats and start calling them your babies 🐱

At least they *kind of* turned it into a compliment in the end.

"Who actually has a @tescomobile phone? The geezer must be 13 😂😂" 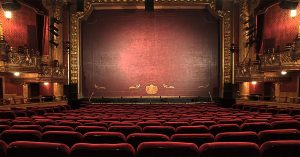 MoonPie shows no mercy with with this savage bu...