Having that blue check mark next to their name on Twitter is something people dream of. Most brands have a verified account, so their customers know it’s them. Sliced meat company Steak-Umm doesn’t have that luxury. Yet.

1. The #VerifySteakUmm movement started in October.

We're on a quest to get Steak-Umm @verified. We were denied by the authorities. It's unjust. Un-American.

2. Not being verified has some real downsides.

we get contacted by people on a daily basis who say something along the lines of, "i had to look up if you were the real Steak-Umm"

the ball is in your court @twitter @verified @TwitterSupport

5. They’re not too big to admit their mistakes.

6. This fake conversation is so damning.

we didn't want to have to do this, but here is our private dialogue with @jack where he admitted to denying our verification#VerifySteakUmm pic.twitter.com/z9lapAO0NY

7. Whether their use of comic sans helps their case is up to you to decide.

8. Steak-Umm does not mind throwing a little shade.

9. The fans pull out all the stops to help them achieve their goal.

10. And why wouldn’t they, since Steak-Umm gifts them personalized memes.

13. The people are marching in the streets.

Today is the day we protest against the tyranny of twitter. Take to the streets and don't forget your Steak-Umm

it's like they're just openly mocking us at this point

15. It is a political issue of international magnitude.

A great injustice is happening as we speak that the American government fails to address – the verification of @steak_umm. Please help rectify this. Also make them bring their tender meats to Canada. Thank you. pic.twitter.com/mlP0tre5fQ

16. Even OG Captain Kirk is getting involved.

@verified Even I know what Steak Umms are. Why would you not verify? https://t.co/zXfQjGcxB5

if you got followed by Steak-Umm on twitter and didn't see a blue check next to the name wouldn't you just automatically assume it was some awful parody account? we believe this is why @TheRock refuses to follow us back 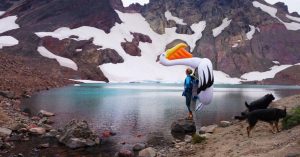