Everyone’s teenage years are filled to the brim with awkward moments. To capture these, the hashtag #TeenageMe3WordsAndAGIF was started on Twitter, and the results are hilarious and painfully recognizable.

Everyone has an awkward teen story…

Don't just tell us about your teen years…show us!

8. Truer words have never been spoken.

12. Everyone was changing so fast.

14. Spoiler alert: it often was a phase.

15. Getting on the internet was such a struggle back in the day.

16. It was impossible to get through the 90’s without fashion mistakes.

19. But some people are more subtle about it.

20. At least that always ends with a bang. 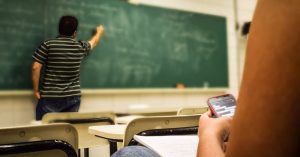 People are sharing the craziest ‘incident...