People are sharing the craziest ‘incidents’ from their high school days

Everyone has at least one crazy story from their time in school that everybody was talking about. Twitter got together and shared some truly insane ones.

What was “the incident” in your high school?

2. …what kind of movie were they watching?

A good ole blow job in the middle of biology class. Teacher present and everything. It was movie day.

Yeah. Both sent to an “alternative school” for the remainder of their high school careers. I presume not the same one, though. 😂

4. This scavenger hunt got way out of hand.

As their senior prank, members of the class above me rappelled off the roof to remove the “a”, “n”, and “m” from the giant letters spelling out “RANUM HIGH” on the front of our building. It took days for the school to coordinate the removal of the remaining ones.

Someone left campus during study hall to buy cocaine but when an undercover cop arrested him, it turned out to be a bag full of sheetrock

All art should be returned to please the marsh god

8. In the end it was her time at school that was cut short.

A girl in my class received menacing letters from a stalker but then it turned out she was sending them to herself. She left the school. Her parents didn’t let her cut her hair so I feel like ultimately it was their fault?

A father faked his son’s death for the life insurance money and the school had to put bumper stickers over the memorial page in the yearbook after we found out that he was still alive and just transferred to a different school.

In grade school the DARE officer was sleeping with the principal, she broke it off, he shot himself in the stomach.

12. If it involves a severed deer head… it’s probably that one.

either when my friend martin invited 500 myspace strangers to a house party and hired security, OR when someone put a severed deer’s head in a locker as a prank.

13. That’s one way to let your students know they’re not doing so well…

In middle school the math teacher (I didn’t have him at the time) stapled McDonald’s applications on all the tests. He still works there.

16. When you’re sick of spending the holidays with your family.

A history teacher dated and impregnated a senior. He kept his job, she transferred and gave birth. They married, divorced, and she became a history teacher in that same school. All within 4 years.

Those who date history teachers get knocked up, married, when divorced, are doomed to repeat it… 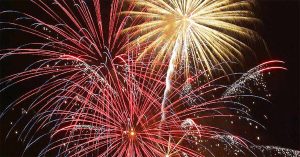 Twitter is sharing tips on how to start the new...