Sometimes all you need to get the internet to fall in love with you, is a little push from your sister.

1. Sunmeet sees what her brother is up to Instagram and thinks it’s time to step in.

2. Let’s check out her examples one by one. This thanksgiving I am most thankful for my neighbors. I’ll be honest, when they first moved in we were nervous about living next door to two Native Americans (we don’t recycle). As we got to know them better, we realized they were actually not judgmental, and also not Native American—they were Chinese. Baozhai and her husband are two of the most caring, most loving, and most Chinese people I have ever met in my life. Even though Baozhai once hit our mailbox, we are thankful that it was only the mailbox and not our garage. Baozhai has backed into her own garage. If there is one thing I’ll say about Baozhai it’s that she is resourceful. She once set up cones around the tree in her front yard so that she wouldn't reverse into it. She ended up reversing directly into it, twice, but she did have the right idea with the cones. Aside from destroying private property, Bhaozai has also driven directly through a traffic circle.

4. Sahib has a lot of adventures at the gym.

Madness. I followed him 😭 pic.twitter.com/Jk2kWlP0SO

5. He runs into interesting people.

Beyond blessed to have met an absolute legend today. Bill Cosby, thank you for inspiring the world with your comedy.

6. He’s out there looking for love, like we all are.

Pls help me pay for 1 month of ChristianMingle. GoFundMe Link in Bio.

7. And people are digging him.

I volunteer to marry him even tho no one was asking. I just laughed so hard and I need more.

8. You can always count on him having the latest gadgets.

10. It’s important to be yourself.

I followed him and I just pic.twitter.com/KM5eRShvgA

11. Sahib is a sensitive alpha male.

Does anyone know what kind of serial killer I am? Need to reply soon pic.twitter.com/urndDHEUoL

@Instagram deleted my post because people like this reported it for being real data. It was an excel template with made up addresses and numbers lol

Fame hasn't changed me. I still make time for my passion. Hmu if u tryna shred 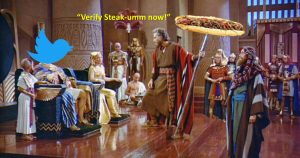 This sandwich steak company is on a hilarious q... 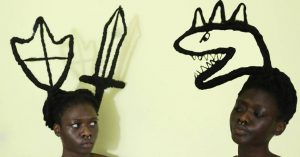 This artist creatively turns her hair into thin...