Since Donald Trump became president of the United States, Americans who oppose him have become increasingly more creative in their ways of protesting him. ‘Cards Against Humanity,’ a card game that is as rude as it is hilarious, has come up with their own way to troll Trump. Specifically his plan to build a wall on the US-Mexico border.

1. They bought a piece of land right on that border to make it as difficult for the Trump administration as possible, and they’re letting their fans join in.

The government is being run by a toilet. We have no choice… we are going to save America and attempt to keep our brand relevant in 2017

Join in and for $15 we’ll send you six America-saving surprises this December: https://t.co/o1BFmokO9W

Extremely excited for @CAH to save America through the mail: https://t.co/z5TTbl3PKJ pic.twitter.com/viTetbC5Ra

4. Maybe a little too excited.

Not gonna lie, I’m kind of turned on right now.

Can you do a CAH Saves UK from Brexit edition!!! I would pay double! You may even end up doing a better job than our politicians #brexit #ballache

6. The FAQ for this troll-tastic idea has people rolling on the floor.

7. There’s more where that came from.

The cards against humanity holiday promotion FAQ is the best thing I’ve seen in a long time pic.twitter.com/dTJeTZr9iB

9. A better look at the extra two from Kate’s tweet above. 11. This seems to be the most common reaction Cards Against Humanity is getting.

12. John is a little protective.

Hey, I’m okay with you saving me from the first three, but you can take my enchilada from my cold, dead hands. #SaveTheEnchilada pic.twitter.com/xsmO4pVWiA

13. Kyle has an interesting idea.

I don’t have a US shipping address so how about including the option to gift this to a randomly selected senator or congressperson?

14. Jeremy is thinking along the same lines.

16.Tracy is a Trump supporter and quite disappointed. Cards Against Humanity have their answer ready.

17. Most Cards Against Humanity fans are not exactly on Tracy’s side.

18. Dustin channels a Trump tweet to sum up the debate. 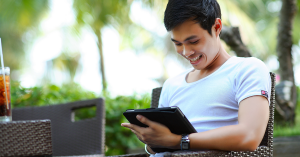 Battling discrimination with a sense of humor, ...