Battling discrimination with a sense of humor, AgainstHateSubreddits are getting it done

Reddit calls itself ‘The Front Page of the Internet’. Whether you enjoy children falling over or prefer talking about your favorite tv series, there’s something for everybody. On AgainstHateSubreddits people are, you guessed it, against the hate-fueled parts of their beloved Reddit. They actively seek out other subreddits where hate is being spread and try to overtake them.

1. An example. Until recently, Race Realism was a subreddit where messages like this one were all too common.

2. So how do they go about it? First they look for subreddits to take over. Then they check if the moderators are active. As soon as those have been inactive for 60 days, they put in a request to take over the subreddit right here.

3. In the case of Race Realism, the request was successful. So on September 7th, the new moderators made the following announcement.

4. Since that went down the posts are still controversial…

5. Just in a very different way.

6. After the takeover the subreddit became a playground for the better trolls.

7. Something for all of us to enjoy.

8. People keep piling on in the comments. 9. Race Realism is not the first subreddit they’ve taken over. On r/WhitePolitics people are talking about very different things than they used to.

10. And on r/Stormfront we’re seeing very different kinds of posts as well these days. Though sometimes it may not seem that way upon first glance.

11. And good news for the fans: AgainstHateSubreddits has found several new targets. So, to be continued! 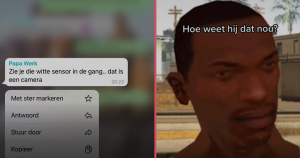