There is no picture or video on the internet that cannot be made more magical by editing wizard Jesse McLaren.

1. That poor little Porg from the new Star Wars trailer is a lot less cute now.

2. Sometimes his edits are very subtle, for devious reasons. Let’s hope it works.

I photoshopped a flesh-light into the background of this photo please RT so one day it accidentally get's used in an article. pic.twitter.com/HdDNMTYkDu

3. He’s honest about his learning process.

4. He sure figured it out though.

What happens when u wear a green tie on TV 😭 pic.twitter.com/gAohulqeck

Why you never wear GREEN on TV🤗 pic.twitter.com/IsC8TuE3Ei

6. Sometimes Jesse’s edits are so good you might believe it’s real.

HELP! I can't stop photoshopping shirtless Mario into the cast of The Jersey Shore. pic.twitter.com/VtruW34tyF

I edited Ceelo Green into the background of pics of Trump in his apartment and holy shit 😂😂😂 pic.twitter.com/VurY7DMJ1w

9. Realizing things are puns take him on a real journey.

That moment you realize "The Beatles" is a pun. pic.twitter.com/O7PhM4TtzP

10. They can really blow his mind.

That moment you realize why his name is Eminem. pic.twitter.com/nR6w9imWl1

11. Especially when they’re about him.

12. The only way ‘It’ would have been even scarier.

Anyway here's the "It" trailer with Donald Trump. pic.twitter.com/kwpDSffEB5

13. Some edits will make you poop your pants – and not just because of the yogurt.

No, YOU spent Labor Day weekend putting Michael Meyers into the background of Activia commercials. pic.twitter.com/kdtNF2PvbK

14. He even discovered Taylor Swift’s Game of Thrones cameo.

I edited TAYLOR SWIFT into last night's GAME OF THRONES and she fits in PERFECTLY 😱😱😱☠️ pic.twitter.com/4WxQ0YawnO

All my Instagram stories are movies scenes because real life is meh. pic.twitter.com/TtR9G4NByr 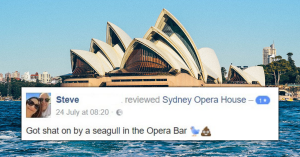 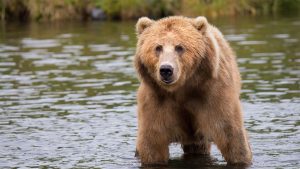