Donald Trump finally sent his new ambassador to the Netherlands. The man is called Pete Hoekstra, and back in December he went viral after a Dutch journalist confronted him with his own lies. Back in 2015 Hoekstra claimed that because of Islamic influences in the Netherlands resulted in ‘no-go zones’ and that politicians were set on fire (you read that right). On Thursday he gave a press conference for the Dutch press, who had some burning questions for him…

1. ICYMI: the uncomfortable conversation between Hoekstra and the Dutch reporter…

Just perfect.
Dutch journalist to new US Ambassador: you said there were 'no go zones' in Netherlands, where are they?
Ambassador: That's fake news, I didn't say that
Journalist: We can show you that clip now.
Ambassador: Err 😳🤥 pic.twitter.com/8ohIOzmYAc

2. The Dutch press obviously did not forget about this.

Today Dutch press welcomed @petehoekstra as new ambassador to the Netherlands. In 2015 Hoekstra said Dutch"politicians are being burned" (not true). The only one who did get burned today is… Hoekstra himself. By refusing to answer our questions. pic.twitter.com/Dv2aalbhDP

3. The Washington Post makes sure Americans don’t miss out on this press conference.

5. The journalists were merely doing their jobs, but it was more than enough to make Americans jealous.

6. They can’t wait to see how the Dutch journalists would handle a White House press briefing.

7. The American commenters aren’t exactly proud of their ambassador.

8. Diana knows this is not the kind of stuff the Dutch are waiting for.

12. Hoekstra may disagree with that last part.

13. Turns out the ambassador was right after all…

Greetings from the Netherlands! 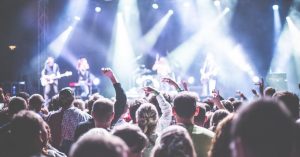