1. The next stage is going to be handle the very old fashioned way.

can't believe what the EU has planned for the next stage of the Brexit negotiations pic.twitter.com/PUYihcL7xs

2. Now THIS is how you woo someone.

I accidentally texted my wife with voice recognition…while playing the trombone pic.twitter.com/tWCPSXbbrO

3. Barack Obama himself got in on the Obama/Biden memes.

ME: Joe, about halfway through the speech, I’m gonna wish you a happy birth–
BIDEN: IT’S MY BIRTHDAY!
ME: Joe.

Happy birthday to @JoeBiden, my brother and the best vice president anybody could have. pic.twitter.com/sKbXjNiEjH

4. Just try not to sing along.

5. Comedy writer Megan Amram blessed us with the biggest collection of food puns in one single tweet.

here's an abridged version of the full list of food puns i turned in with my first draft of tonight's #TheGoodPlace episode pic.twitter.com/x335NYNN09

6. A helpful tip for the iPhone X owners among us.

Set your Apple Face ID to your comeface, so that if someone mugs you for your phone they at least have to wank you off first

Serena Williams won a grand slam while she was pregnant so every man should probably shut up about everything forever.

The president won't apologize to women so I did it for him. pic.twitter.com/Y4GGnWu4FU

*speaks into collar* they're onto the cat thing. pic.twitter.com/3AW1WPqk0O

Glad my room is to the left. For some reason the right side of this hotel floor doesn't sound peaceful. pic.twitter.com/KqWKwOk4qv

Is that… is that the Fanta of the Opera? pic.twitter.com/uqEGVFNsRj

These have got to be the two dumbest people alive pic.twitter.com/9onoJEvIzz

13. Twitter changed the shape of their avatars this year.

14. They do look a bit creepy though…

I'm not afraid of these kids. pic.twitter.com/rq3kc2luhf

Fascinated at how crossing a Corgi with any other dog breed results in what is basically a Corgi in disguise as the other breed. pic.twitter.com/HEIGz3SI6P

I unconsciously smile at people's dogs as they walk them down the street. Recently I smiled at a man's dog as I was lost in thought and he said, "Bitch smiles at a dog but won't look me in the eye." A DOG WOULD NEVER SPEAK TO ME LIKE THAT, THAT'S WHY.

18. It was also the year Fiona The Baby Hippo graced Twitter with her presence.

Falling asleep after sex is like shavasana after yoga.!

To the 53 people who've watched A Christmas Prince every day for the past 18 days: Who hurt you?

21. People have been disrespecting Pop-Tarts a lot this year.

You ain’t from Oklahoma if you don’t dip your Pop Tart in Ranch Dressing 🤷🏼‍♀️ pic.twitter.com/yLLuPM4Gyp

This is just disrespectful https://t.co/jmdXANjILq

22. Anyway, back to some adorable animals and fried chicken.

I CAN'T GET ENOUGH OF THESE AI PROBLEMS. pic.twitter.com/ntNVezropW

Wasps: bees, but not helping

The plague mask was designed in 1619. The beak housed sweet scents to protect doctors from foul odors. pic.twitter.com/dO2lATWDmP

Shoutout to the absolute designing legend who decided this was the last thing peasants drowning in their own bodily fluids should see https://t.co/CYWzXm8dze

I think something went wrong with the subtitles. pic.twitter.com/7XWMAkaNqW

Idea: somebody should tell Trump they want to make a 3-D scan of his head for a statue but really it’s an MRI.

I hope every person who ever thought I would fail sees this. pic.twitter.com/7iHJ3OfI4i

*looks at logo on bag*

36. If you ever truly want to get back at someone…

It was a quiet car ride pic.twitter.com/F9ubGUoHAI

My favourite part of this is the caption saying the President (left)
pic.twitter.com/HS35BHV3WX

I edited Ceelo Green into the background of pics of Trump in his apartment and holy shit 😂😂😂 pic.twitter.com/VurY7DMJ1w

40. This must happen several times a week.

"You tired of winning yet, you orange mothe—" pic.twitter.com/UAsOe4YH8G

Angela Merkel is every smart woman who's ever had to treat a moronic man as an equal. pic.twitter.com/gMv7fJw76u

42. Honestly, if this doesn’t warm your cold, dead heart, what will?

How long did this interview last? pic.twitter.com/fVbOmc7isG

45. Sometimes reality is like it’s straight from a movie.

Yep, that's me. You're probably wondering how I ended civilization without the ability to read. Well… pic.twitter.com/kPVIsqDqqt

46. You’re trying to figure out where to take your next trip to… and then it hits you.

I threw a dart at the map to see where I should take my next vacation but my map is a shower curtain & my husband was in there.

There’s a lot of blood, you guys. I hope he heals before Nepal.

48. Always listen to the trainer.

Dolphin was a whole freak, trainer said she liked beards but I ain't believe her lmaoo pic.twitter.com/0SjCnqswmn

49. The Force is strong with this pun.

Saw a bird eating a piece of avocado toast. Guess it was some kind of millennial falcon.

50. And let’s end the year with this fantastic burn.

What's everyone listening to this morning? 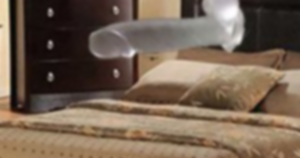