These 13 tweets about podcasts deserve a 5-star review

Podcasts are huge. Sometimes it feels like every other person has one. Fortunately, not everyone takes them very seriously.

1. That podcast would slay.

Are there any good True Crime podcasts where the hosts are actually murderers?

2. Sometimes you just don’t have a choice.

[a deer jumps in front my car but i manage to stop in time to not hit it]
DEER: hey check out my podcast
[i press my foot back on the gas]

"Wow, what a naive world they lived in way back then"

-Me listening to any political podcast recorded more than 12 hours earlier.

4. It’ll be someone else’s cross to bear.

One thing I will DEFINITELY include in my will is all the podcast episodes I never finished listening to. Somebody must shoulder the weight.

5. “Sorry, Garçon…” will be available on iTunes soon.

When you're about to do a podcast about the joys of sending food back at restaurants. pic.twitter.com/ByvFNvzbLM

Obama said the "N-word" on a podcast?? Guess we know who the REAL racist is now!!

(It's my uncle Kevin)

Hey lady on the train listening to a Jesus podcast through your phone's speakers: have you heard the good news? They've invented earbuds.

8. Considering the vast number of podcasts out there, it’s safe to say most friendships don’t make it to the highest level.

10. Hopefully they’ll be able to catch these maniacs.

11. Podcastism is a rapidly growing religion around the world.

I believe that when we die, we all become podcasts.

12. Some kids are wise beyond their years.

7-year-old: Do you have a podcast?

Me: Do you even know what a podcast is?

7: It's that thing where you talk to yourself and no one listens.

She knows exactly what a podcast is.

This article originally appeared on our Dutch sister publication. 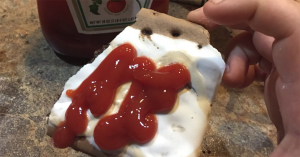 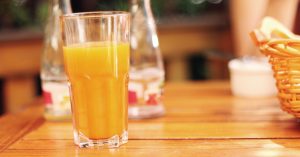