December is always a stressful month for businesses with the holidays and all. That doesn’t mean they don’t have time for a little fun with their customers, fortunately. 2. That kid is a meme waiting to happen. This just cheered me up, no end! 😆Opened a saucepan at IKEA to find this… @IKEAUK pic.twitter.com/Ydh4Qa8zbI

4. Sometimes the social media managers are as confused as we are.

yet, you had to get involved

5. This started out jokingly…

Jokes on you 'cause your phone is gonna light up right now. SURPRISE! IT'S SUBWAY AGAIN

And then it took a turn…

6. Linzi had a bad experience: her Star Wars bags got stolen at Sainsbury’s.

The Force is strong with the response she got from Sainsbury’s. 7. This needs to happen and it needs to be filmed.

@PapaJohns I WILL HUMBLY ACCEPT THE POSITION AS YOUR NEW CEO. I CAN START IMMEDIATELY 😁 pic.twitter.com/ZHcUJoRhnK

you give new meaning to "continental breakfast"

Me: Tonight is gonna be LIT
Also Me: *pulls into drive thru* Big Mac or McNuggets?#SignsYoureARealAdult

10. Netflix just wants to cheer Chandler up a bit.

Apparently I’m just destined to be single/in a relationship with Netflix around the holidays.

But hey, they’re not perfect themselves either.

i realize the ears are too far to the left. it took me 16 hours to make this just accept it and move on 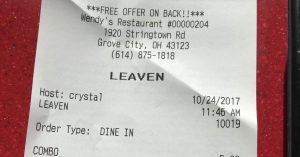 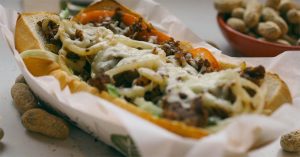