These jokes about the Met Gala outfits answer all your prayers

The annual Met Gala was held at the Metropolitan Museum of Art in New York last night. It’s always a true feast for the eye with glamorous and sometimes truly bizarre outfits. This year the theme was ‘Heavenly Bodies,’ and the celebrities truly went for it. This obviously gave Twitter a lot of material for jokes.

1. Let’s strap in and judge some people.

Me waiting to judge all the #MetGala looks from my couch: pic.twitter.com/p8x7IC2DJG

2. It’s so interesting to see how these looks come together.

Me on the job interview vs After I get hired pic.twitter.com/GNXDnS2899

4. This may have all been a happy accident.

6. Honestly: look of the night.

7. Her designer certainly didn’t chicken out.

How the world portrays Jesus vs how the Bible describes him. #MetGala pic.twitter.com/AOSrHDIaY8

9. Leto also kinda looks like a different kind of king…

This is all I can think about. #MetGala2018 pic.twitter.com/oshRFRNBhe

tom brady looks like he's about to ask a room full of people to suspend their disbelief and believe in the power of magic just for one night pic.twitter.com/VO98UB5gyq

ME: what if Jesus stole Elton John’s wardrobe
JARED LETO: I like the way you think pic.twitter.com/B6wVCxaVcv

12. Hopefully she skipped the wine. 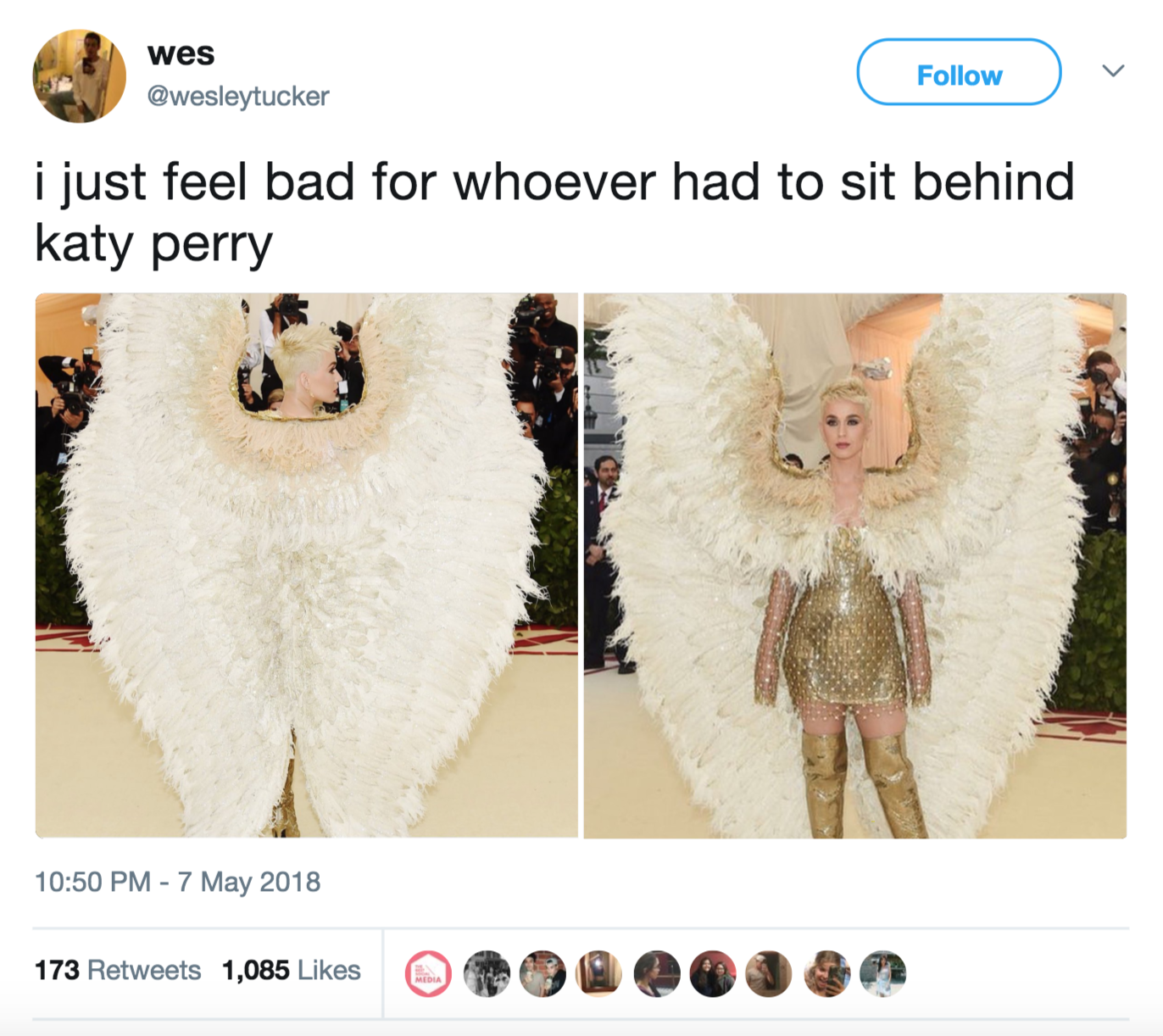 14. Her look was look was probably sponsored by…

Katy Perry overdid it with the Red Bull

Okay let’s do something about the Met Gala 2018 :
Like for Pope Francis
Rt for Rihanna pic.twitter.com/Q8FwZmLQjM 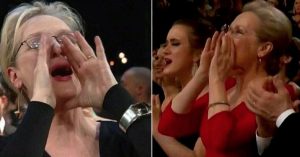 16 award winning tweets about this year’s... 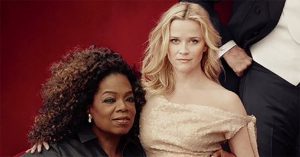