Popular YouTubers and Instagrammers often get free stuff from brands in exchange for a shout out. Sometimes the influencers reach out to these businesses themselves, to try to get free things. This week a vlogger called Elle Darby tried to get a free stay at Charleville Lodge, which is part the White Moose Café family from Dublin.

1. Since the influencer didn’t bother to personalize her email to the manager, he’s not bothering to do so either. You can read the influencer’s email here.

2. He raises some good points.

4. In case you missed what the manager was trying to say, all you need to see is the P.S. 6. Paul knew exactly what he was doing.

7. Natalia is not a fan of Paul’s approach… and he couldn’t care less. 8. This incident even caused Paul to do something drastic, because the next day… 10. Here’s the video the vlogger, Elle Darby, made in response to Paul’s first post.

11. Melanie points out how ironic Elle’s opening remarks are.

12. Meanwhile Paul is getting both a lot of hate and a lot of love in the comments.

13. While some say they’ll never stay at the White Moose Café because of Paul’s responses, others are going the other way.

14. But despite all of Paul’s effort, people still can’t help themselves…

Well… Instead of a free stay for one person, it became free entertainment for thousands of people. 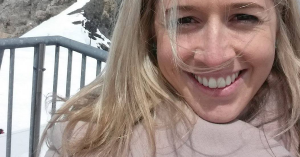