These hilarious posts about the Olympics deserve all of the medals

The Winter Olympics in Pyeongchang have been going on for about two weeks now. We’ve seen emotional wins and losses, interesting helmets, and more. Fortunately, there is also plenty to laugh about.

This would be my whole routine pic.twitter.com/xht1bv1Np4

2.  And you don’t even need special glasses to see it.

Y'all are stuck in 2018 watching the Olympics in 2D while I'm in the future watching it in 3D pic.twitter.com/CsKHpbZQki

3. Olympic athletes are getting more relatable every year.

millenials are simultaneously the best and worst generation pic.twitter.com/MdkIjYQqBo

the father, the son, and the holy spirit pic.twitter.com/YAAcjm4LtJ

ME, watching the olympic ice dancing: this is the most beautiful thing I have ever seen in my life. this is the pinnacle of human achievement. i am weeping
ANNOUNCER: this pathetic worm held her arm kind of weird on the landing. she has shamed her country and family
ME: oh. okay

6. You thought this was real for a second, didn’t you?

Getting off the tram before the met heads can check your ticket pic.twitter.com/VaztdSkYIE

8. This is just asking for trouble…

you fool! you'll bring their terrible curse down upon us all!! pic.twitter.com/SUrggIaAxW

9. A moment you need to treasure.

When the doorbell rings and you know it’s the pizza #Olympics pic.twitter.com/Ia7olc7Qhr

10. Which district are you rooting for?

I am really Pumped watching the Winter Olympics. I am watching events I never thought I would watch before, like curling. You heard me, curling Fool!

A Russian curling athlete who won bronze has returned two positive drug tests. Need to get me some of what he's on, my house will be spotless.

13. A lot of people noticed the sexual tension between these Canadian figure skaters.

The original cunniliftus is back, guys! (Or at least it's back in practice.) #VirtueMoir pic.twitter.com/jvfpSUkkhv

Ironic Russia can meddle in our elections but can’t medal in the Olympics.

16. Actress Kirstie Alley learned not to mess with the wrong curling team.

Im not trying to be mean but…… Curling is boring

We’re not trying to be mean either but your movies weren’t exactly riveting theater Kirstie. #justsaying #curling #rockit #TeamUSA https://t.co/8q9KtxvCPe

17. But don’t forget: some of the true heroes stand on the sidelines.

Favourite Olympic moment so far: Canadian curler Rachel Homan's husband double-fisting his third and fourth beers while watching his wife compete against Japan. It's 9am in Korea. Not all heroes wear capes. #PyeongChang2018 pic.twitter.com/jzrVsu06Vi 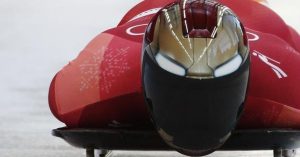 People are amazed by the helmets of Olympic ske... 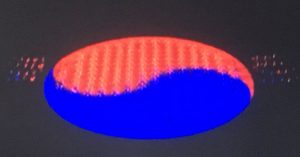 23 tweets about the opening ceremony of the Oly...