People are amazed by the helmets of Olympic skeleton athletes

The Olympics have delivered us plenty of spectacular moments so far. Skeleton, sliding down a on a tiny sled at breakneck speeds, turned out to have one of these eye-catching features. It turns out that the athletes like to wear very special helmets to make them look even more dangerous as they glide downward…

1. Why would you slide head first down a hill and not look badass?

These helmets can make it a lot easier for you to tell where the athletes are from. 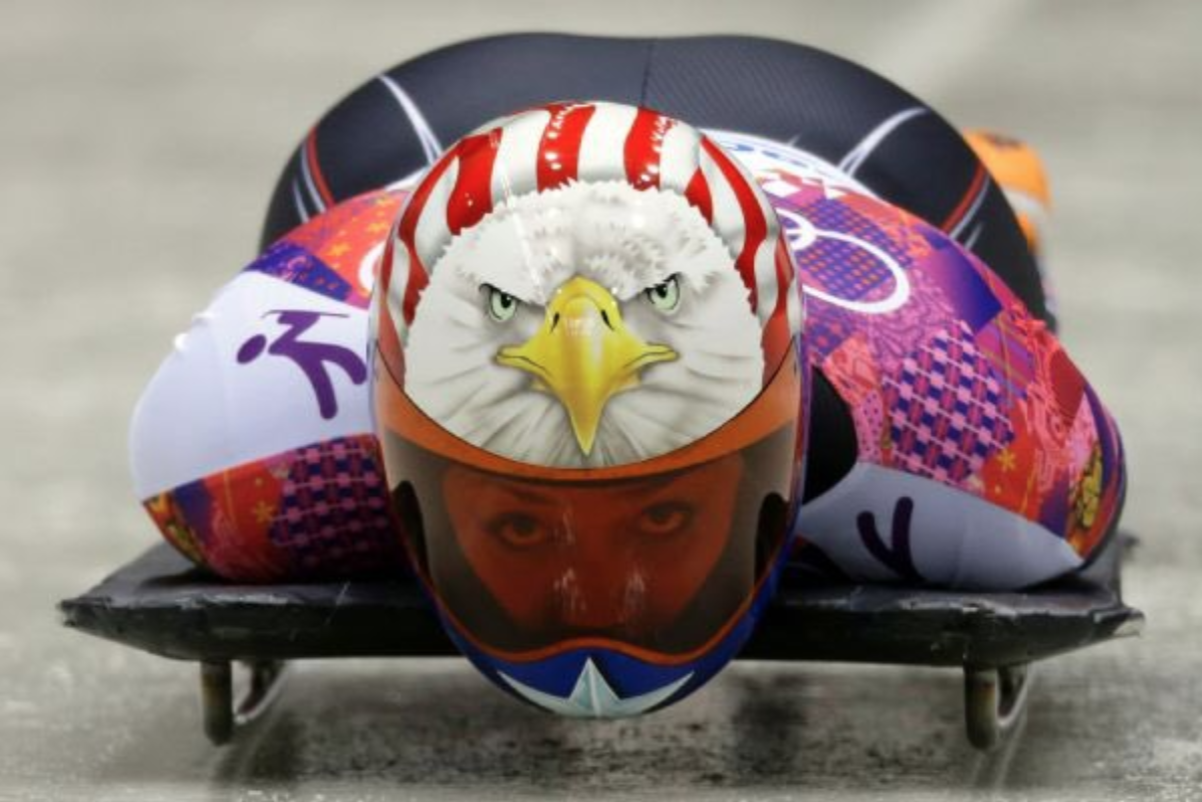 2. The Canadians are going all out.

3. The guy with the rib cage helmet takes skeleton a little too seriously.

How do you send a message when you're sliding headfirst? Your helmet.

4. Ghana and Italy try to intimidate their competition.

Athletes from other countries are in on it too.
Ghana’s Akwasi Frimpong has a SWEET tiger helmet, while Italy’s Joseph Luke Cecchini puts the 💀 in #skeleton#PyeongChang2018 pic.twitter.com/MoQNOBBjf1

5. Team Great Britain is hungry for medals. Hungry like a, well…

@BBCSport Team GBR should have had these helmets for the #skeleton good luck to the girls and well done to the boys #bbcolympics #TeamGB #Olympics2018 pic.twitter.com/GOGBxMQafb

6. These are just bonkers.

The skeleton event in the Olympics is terrifying. However, these helmets from the Sochi Olympics were incredible #Olympics pic.twitter.com/02Wu6lHN2D

7. The biggest hit by far, though, is Iron Man – who turns out to be South Korean.

8. He’s even more heroic this way.

9. Not only did he win the hearts of everyone watching, he also won the actual gold medal.

You sure did, mr. Stark.

23 tweets about the opening ceremony of the Oly...