Customer complains about Christmas products, but it completely backfires in the comments

Facebook is a good place to go if you want to air a complaint against a company. However, if your complaint is bullshit, you will be called out for it. 2. People aren’t buying it, though.

3. They have some questions for him.

4. This would explain a lot.

5. Sophie made it her personal mission to prove Peter wrong. 6. Which isn’t hard, because she has A LOT of evidence. 7. Just so much evidence. 8. Peter seems to back down a little, but Sophie is not buying it. 9. Sophie is not having his sexist responses either. 10. But wait, she has more, and she’s not the only one who noticed.

11. Peter’s argument gets weaker by the second.

12. He’s not really helping himself either.

13. Chantel is a lot better at paying attention than Peter is.

14. And Katherine lays it all down as well. 15. If anyone would know how to spot it, it’s Hillary. 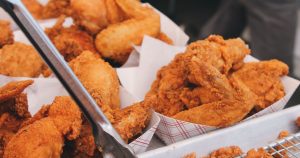