These days it’s important for police forces to have a social media presence. Some take this a little more seriously than others. The Manchester City Centre is happy to make their Twitter account a little more entertaining. Side-note for non-UK citizens: 999 is the emergency phone number there.

999s overnight inc 2am report of 2 people having sex in a phone box on Oxford Rd pic.twitter.com/h2HtkAXiV6

2. In case you need the reminder, this is the tune they’re talking about.

After a bit of Benny Hill style chasing around the Northern Quarter, we have finally got hold of a man wanted on recall to prison. He's now on his way to our custody suite.

Sorry, if the tune is now stuck in your head. pic.twitter.com/Mfy2p74nFz

3. That should be a crime tbh.

Couple of jobs today for the Mancy Way…

999 at 3am to a man walking on the "flyover part". Apparently wearing 'double denim', although that's not a crime either (OK, maybe against fashion) pic.twitter.com/DrXQ7uCJ0T

You vibrate things with it…

6. That is one way to handle such a dispute…

7. Did they get there in time, though?

999 at 5am; Man says he has 3 grams of cocaine and wants us to come and arrest him. Tells us "best hurry up, before I snort it all."

8. They’re not horsing around with these puns.

9. It’s not just intelligent people who call in.

999 now from man complaining that cocaine he brought off 2 men isn't very good and he wants to report them for fraud. We're not going…

10. The person they got this from must be so relieved their stuff is in good hands.

If you come home to find door smashed in and your Spice, machete + £££ gone, don't worry, you've not been burgled – it was us. Get in touch pic.twitter.com/d9eIAL0KEf

11. Better eyesight would’ve come in handy for this caller.

Thankfully, 999 yesterday reporting a severed human hand with a chisel through it, next to the canal off Deansgate, turned out to be a joke hand, presumably discarded after Halloween.

Caller said he was certain it was real, so we didn't palm him off… pic.twitter.com/cWAANtTmD3

12. They know their Arctic Monkeys references.

Man arrested sus theft overnight – He was apparently dancing with a woman in a club, who left her bag unattended while nipping to the loo. Victim returned to find man had taken her phone.

He might have looked good on the dance floor, but clearly wasn't looking for romance…

13. Hopefully outing whose pun it actually was isn’t going to get them sued.

Man arrested this morning after an allegation that £86 worth of coffee was stolen from shop, has been charged and bailed to appear at court.

Better get himself a good Barista…
(dreadful pun courtesy of @pedal_pushin_ed ) pic.twitter.com/8k45ODZwH9

14. Some cases just solve themselves.

6pm report of 3 men doing a runner from a taxi on Withy Grove without paying, but dropping £120 as they fled pic.twitter.com/npCXXf2cp5

15. Good thing they’re not too big to admit their jokes are criminally bad.

Update on drunk man arrested in the early hours after a report he urinated on £70 worth of Pot Noodles in a Piccadilly shop.

After getting in hot water, he was stirred at 9am, interviewed and seen to sashay from custody at 1pm with a caution.

Sorry (especially for the last one) pic.twitter.com/5NdFIuQB3H

He certainly felt the Force… pic.twitter.com/yYYalxABnC

Fight night. 999 at 3am to a drunk man trying to fight his own reflection in a large window on a building on Albert Square. Not sure who won 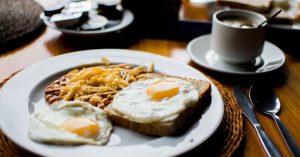 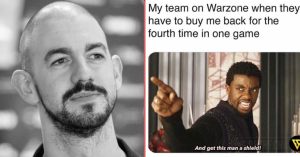