We all do embarrassing things when we’re drunk. But don’t worry, chances are you didn’t do anything nearly as bad as the people below…

1. This tweet from Vice was suddenly rediscovered by people over the weekend, and people chimed in to tell their six-word stories.

In six words, what's the drunkest you've ever been? https://t.co/TelimDEORB pic.twitter.com/2XOdv6ndVa

got locked in a dog crate

Toes in outlet to charge body

I woke up with five tattoos

5. That’s what you get when you sing a lullaby during karaoke.

Passed out in Las Vegas, woke up in Miami.

7. This is top-level embarrassing.

Woke in attic, not my house.

9. If you do this on important mail, urine trouble…

Pee’d on three weeks of mail

10. Sometimes alcohol can give you superhuman strength.

Dragged a tree into my apartment.

11. That’s one way to spice up your wardrobe.

Returned home wearing nothing but curtains

14. And finally, this is just impressive.

I pooped in someone else’s pants 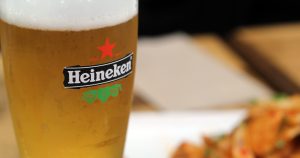