People are showing their ‘controversial’ opinions with the latest Spongebob meme

No TV series has produced as many memes as Spongebob Squarepants has. Seriously, just try to find one that inspired more. You can’t. Anyway, with the newest Spongebob meme, people are comparing two things, where one is better than the other. The better thing is represented by the Krusty Krab restaurant (usually on the left), and the worse thing is put on the Chum Bucket. The results are truly hilarious.

1. This is where the meme seems to have started.

2. Some of these are like music to people ears.

3. Snapchat fans will probably feel this one.

Well here’s one I think we could all agree on 🤔 pic.twitter.com/In1CHJPXtq

4. This one is a little controversial.

something we can all agree on pic.twitter.com/GhcX4QrnLa

5. Considering who made this one, it’s not that surprising.

6. Obviously the LGBT side of Twitter jumped on the meme as well.

only facts, don’t @ me. pic.twitter.com/RXMY6Ny9tg

9. Americans may not agree with this one.

12. Probably some shade, though…

16. But honestly, it’s often like comparing apples and oranges.

If your opinion isn't this one it's wrong pic.twitter.com/qp6si9KvT4

17. And finally, this was bound to happen.

On to the next Spongebob meme. 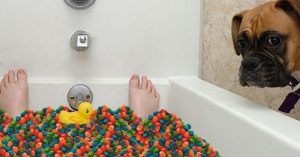