19 times that autocorrect completely ducks with us

There are a lot of annoying features on a cellphone. Push notifications, ads and so on. But the by far most annoying feature must be autocorrect. Every time you want to write something, it just changes words like it knows better. I bet you know the struggle, but you are not alone.

1. Autocorrect causes a lot of troubles.

Autocorrect is why I have trust issues. pic.twitter.com/Ec9eIEB66g

I was typing "…..getting married?"

And my autocorrect made it
"…Getting murdered?" pic.twitter.com/SoNAvB4IGd

3. We’re not quite sure what autocorrect is trying to suggest.

5. People are getting really personal in their anger.

the guy who invented autocorrect should burn in hello

6. Would he be in auto-correct heaven?

He is already dead. Restaurant in peace.

7. She is having a rough time with the feature.

Hello my phone continues to autocorrect my last name (Tarr) to FART, if you want to know how my Saturday is going.

Autocorrect did my mum dirty pic.twitter.com/opqQp0OZSn

9. Right when you think your day couldn’t get worse.

I just had to pay a man 60 quid to break into my house. I texted my neighbour but wrote 'I licked myself out' by mistake. Can someone put my house on the market for me while I go and sort a change of identity? Cheers.

11. This would be very disturbing.

I MEANT TO TYPE STRIPPED SUIT BUT AUTOCORRECT TURNED IT INTO STRIPPERS SUIT F UCK pic.twitter.com/DcrYG8NSrG

Tried to say ‘this is a baby tapir’

autocorrect SAID: ‘this is a baby rapist’ pic.twitter.com/nMoGN4Dwho

14. Thanks for the compliment?

Was just messaging a student,

and my stupid auto correct changed that to

Autocorrect is so ducking annoying.

17. This one is for everyone born in the previous century.

Kids these day be complaining about Autocorrect but they’ll never know about this struggle… pic.twitter.com/Qj2FubbzQe

18. Sometimes autocorrect knows when to back off.

I think my phone doesn't autocorrect anything when I type in all caps because it thinks I'm extremely angry and it doesn't want to get involved.

Years ago I made my phone autocorrect the word “like” so I would use it less.

I’ve never accidentally sent a text or email with that autocorrection until today, at work, when I sent this to the Head of HR: pic.twitter.com/sFKBgPJH2I 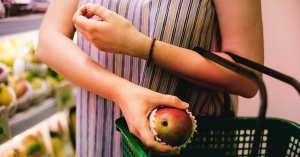 Comic Sans used in real life is something you&#...