We all make mistakes some now. Famous people are no different. Thanks to social media, however, their mistakes are often broadcasted to millions of people. Even a small mistake will get called out, as singer Sam Smith found out after a concert at Glasgow’s SSE Hydro venue…

1. Sam Smith was over the moon after his concert in Glasgow, especially after he saw that the venue turned turned on rainbow-colored lights.

2. Plenty of his fans are also happy to see this ’tribute.’

That is such a tribute to you Sam & all you stand for! I believe more & more each day ppl are finally realizing that love is love‼🌈 Amen‼❤💜💚💛🧡

is someone gony tell him it does this after every gig https://t.co/a734iPn36W

Do they not light it up like that all the time? I took this photo after I seen Muse there in 2016? pic.twitter.com/SOKBIrUx00

5. It’s not the first time he messed up like this.

Hahahaha this is his oscar speech all over again

Maybe check your tweets before you send them out next time, Sam… 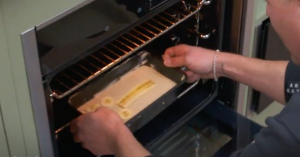