Hungarian is is a gender neutral language which means that there are no gendered pronouns. But what happens when you use Google Translate to translate Hungarian to English? It automatically chooses the gender for you. According to Dora this is sexism because for example Google translates someone cleaning into ‘she’ and when they’re talking about a politician it’s a ‘he’? Quite remarkable.

1. Dora posted the following message on Twitter in which she shows what happens when you translate Hungarian to English with Google Translate.

Hungarian is a gender neutral language, it has no gendered pronouns, so Google Translate automatically chooses the gender for you. Here is how everyday sexism is consistently encoded in 2021. Fuck you, Google. pic.twitter.com/EPqkEw5yEQ 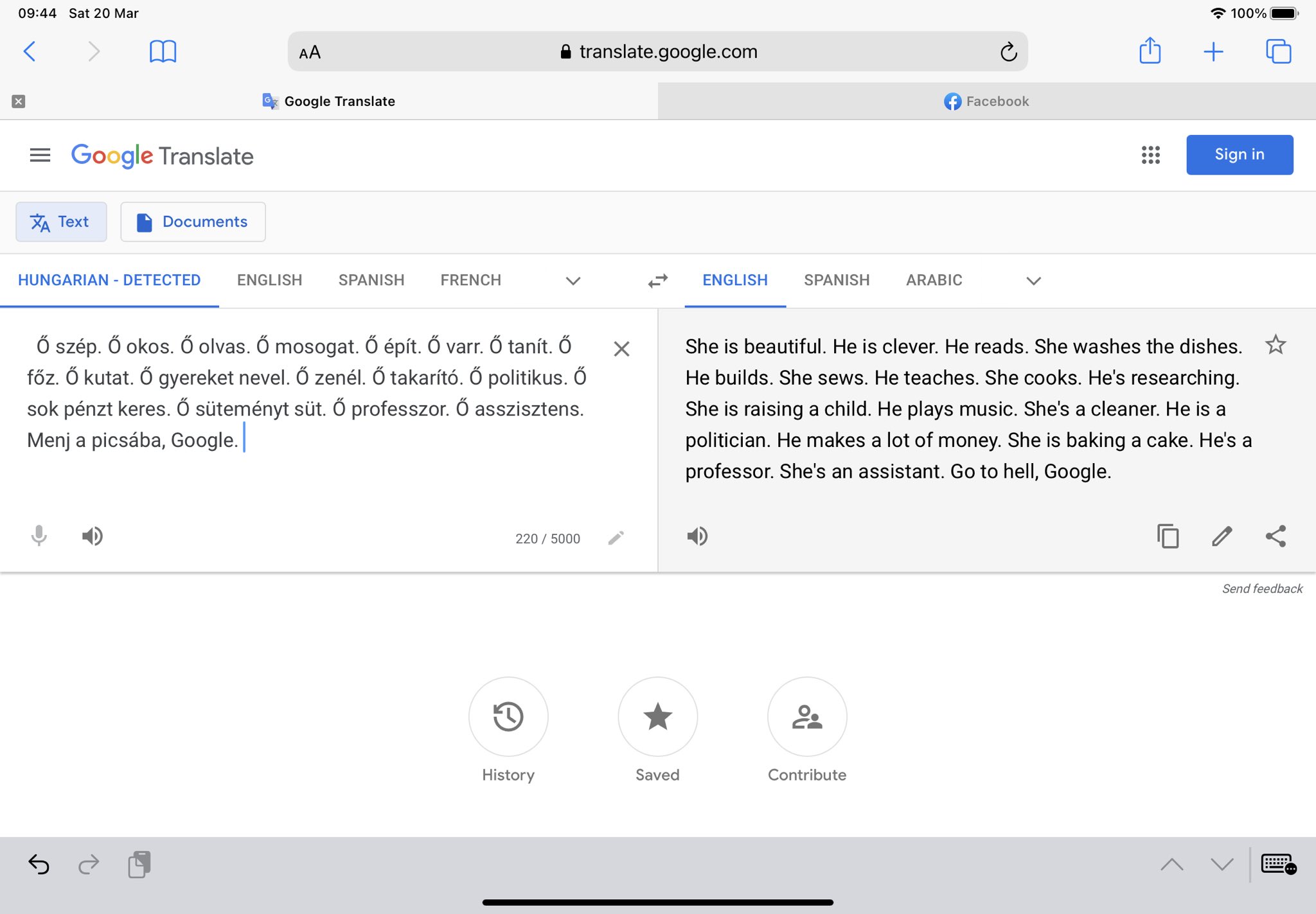 2. And that’s painful to a lot of people.

I’ve no words for how apathetic I am towards this, what you say is, sexism.

Great example of how everyone thinks algorithms are neutral and will fix human biases but actually they reinforce and amplify them. Invisible Women by Caroline Criado Perez has a lot of data about this in, for example, hiring

To be fair it’s not Google’s fault. It’s using a statistical language model build from data scrapped from the web. There are huge efforts in tha machine learning community to degender biases like this, but it’s not easy.

4. But some people decided to do some research based on this message and that leads to the thought it might be sexism indeed.

OK I did my own experiment and wrote “She is an engineer. He is beautiful” then swapped the translation back to English. That’s mad sexist @Google pic.twitter.com/TikEzjTxTU

5. Another gender neutral language is Finnish. But the outcome when using Google Translate on a Finnish text is different to Hungarian.

Finnish is another gender neutral language. The result is mostly the same but with some interesting differences: according to Google, cooking, baking a cake and being an assistant are male activities in Finland. pic.twitter.com/gMUbKqldeH 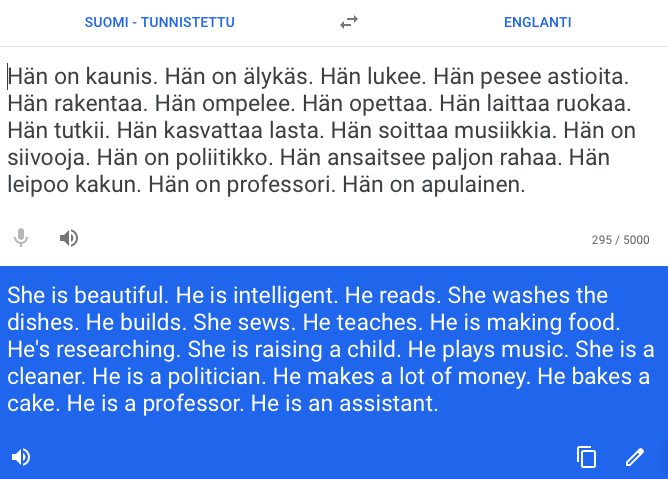 6. Lastly, someone is quite interested in what gender Google considers itself to be.

Which gender does Google assign his/herself?